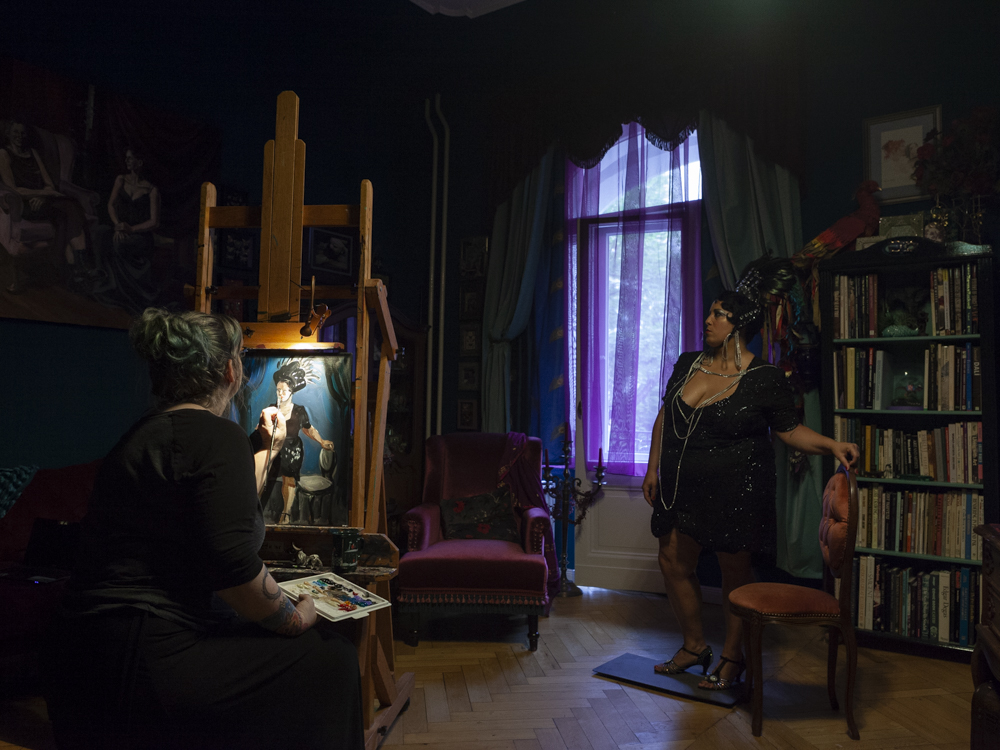 This is the SEXY blog and gallery of artist Suzanne Forbes, an expat New Yorker living happily in Berlin.

You can see almost all of Suzanne’s artwork here.

Suzanne was trained as an illustrator at the Art Students League, Parsons, and The School of Visual Arts. She has a BFA in Fine Arts from the Minneapolis College of Art & Design.

She worked as a courtroom artist for CBS and CNN, became a penciller for DC Comics on Star Trek, and took a ten-year break from making art between 1995 and 2005. In 2005, she began to do live drawing chronicling of alternative culture in the Bay Area. Since moving to Berlin in 2015 she has continued her documentary art project of queer, kinky, and sex-positive feminist culture.

The photo above is a detail from a series of portrait photographs taken of Suzanne by Mirella Frangella. Header photo credits, l-r: Gloria Viagra, Moss The Bard, unknown, Cerambicidae, Neil Girling

If you would like to support Suzanne’s non-explicit art and writing, please visit her Patreon.

Also, if you’re looking for Rachel Ketchum, blonde New York graffiti artist who went to Stuyvesant in 1980, you’ve found her.