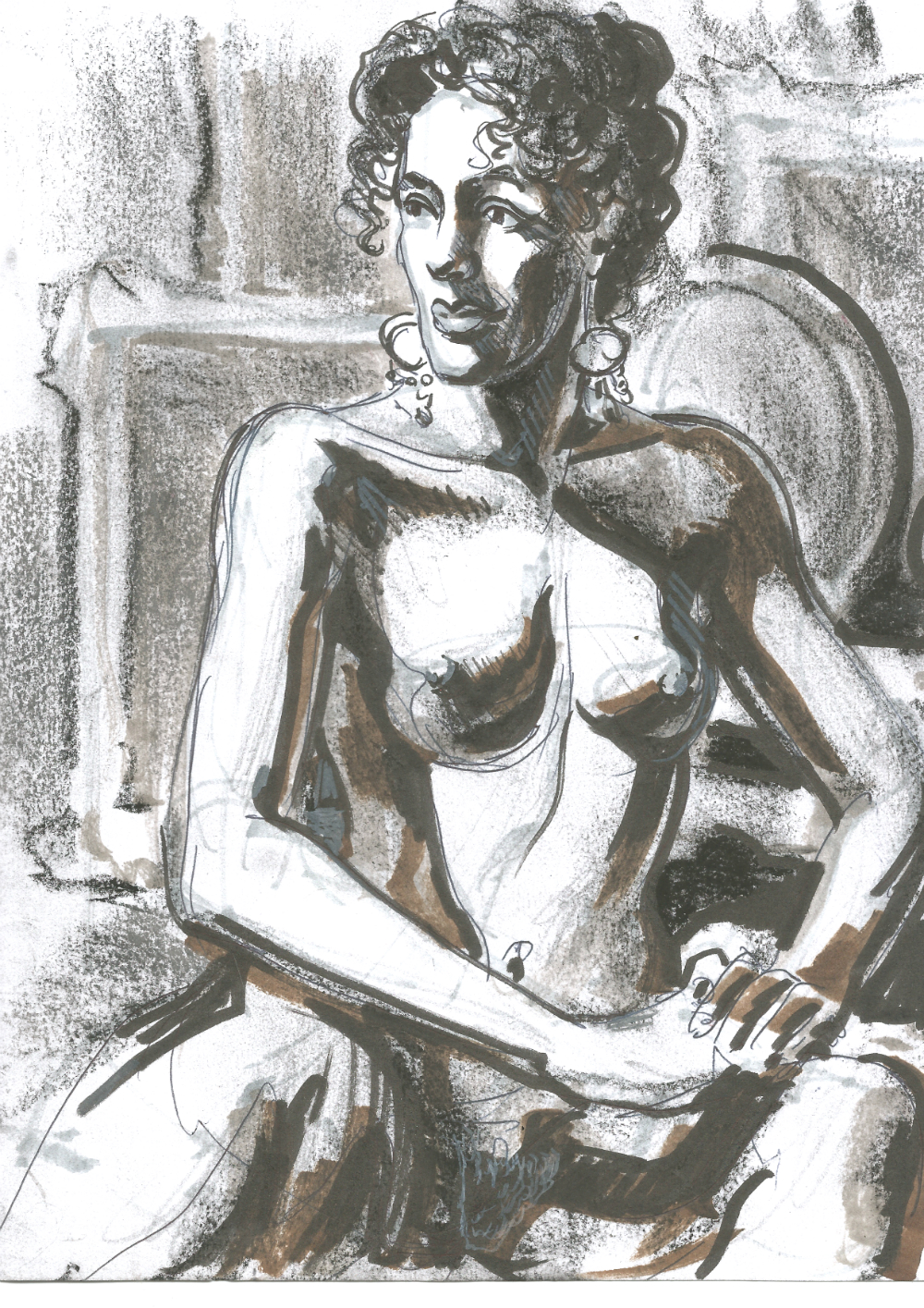 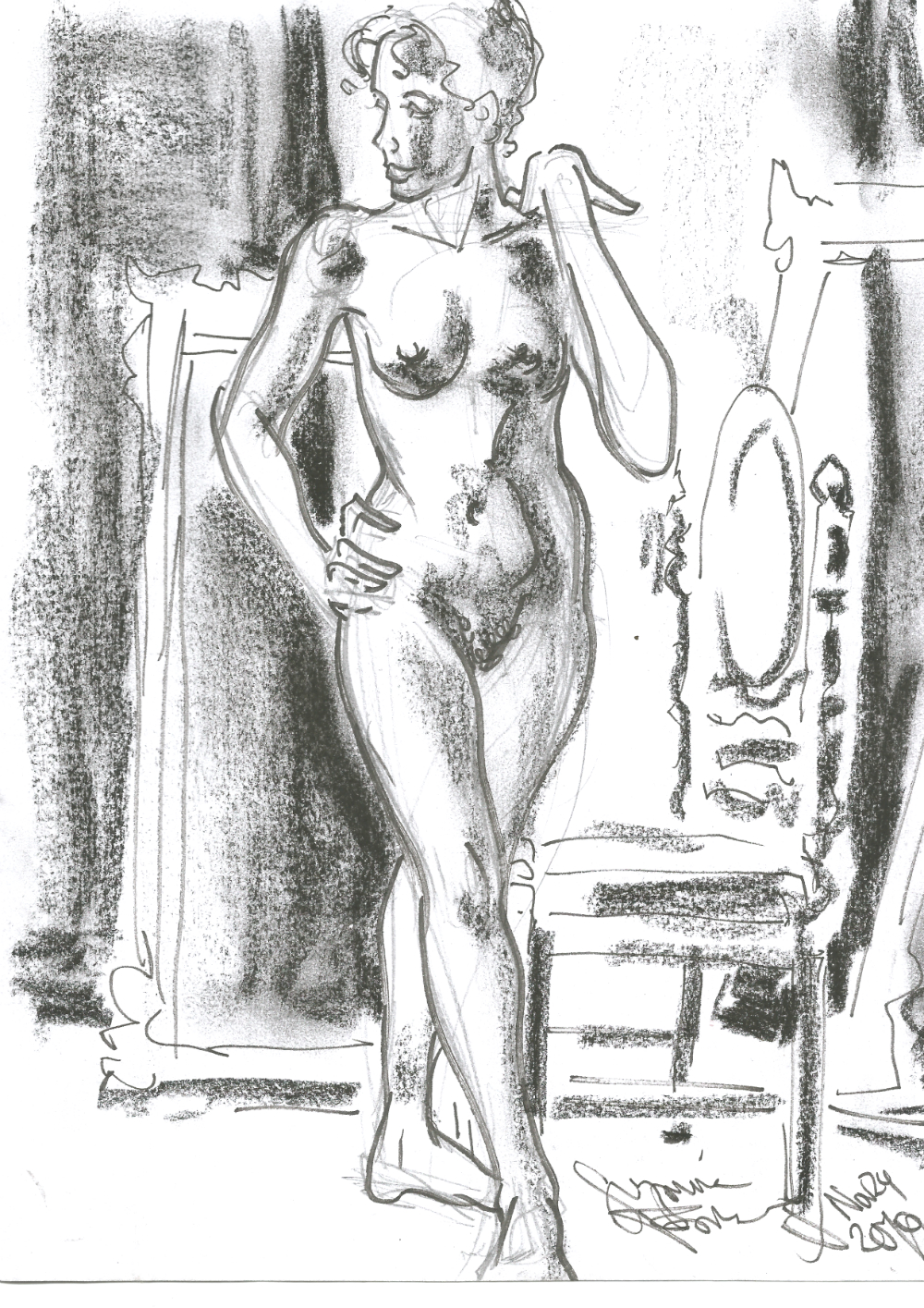 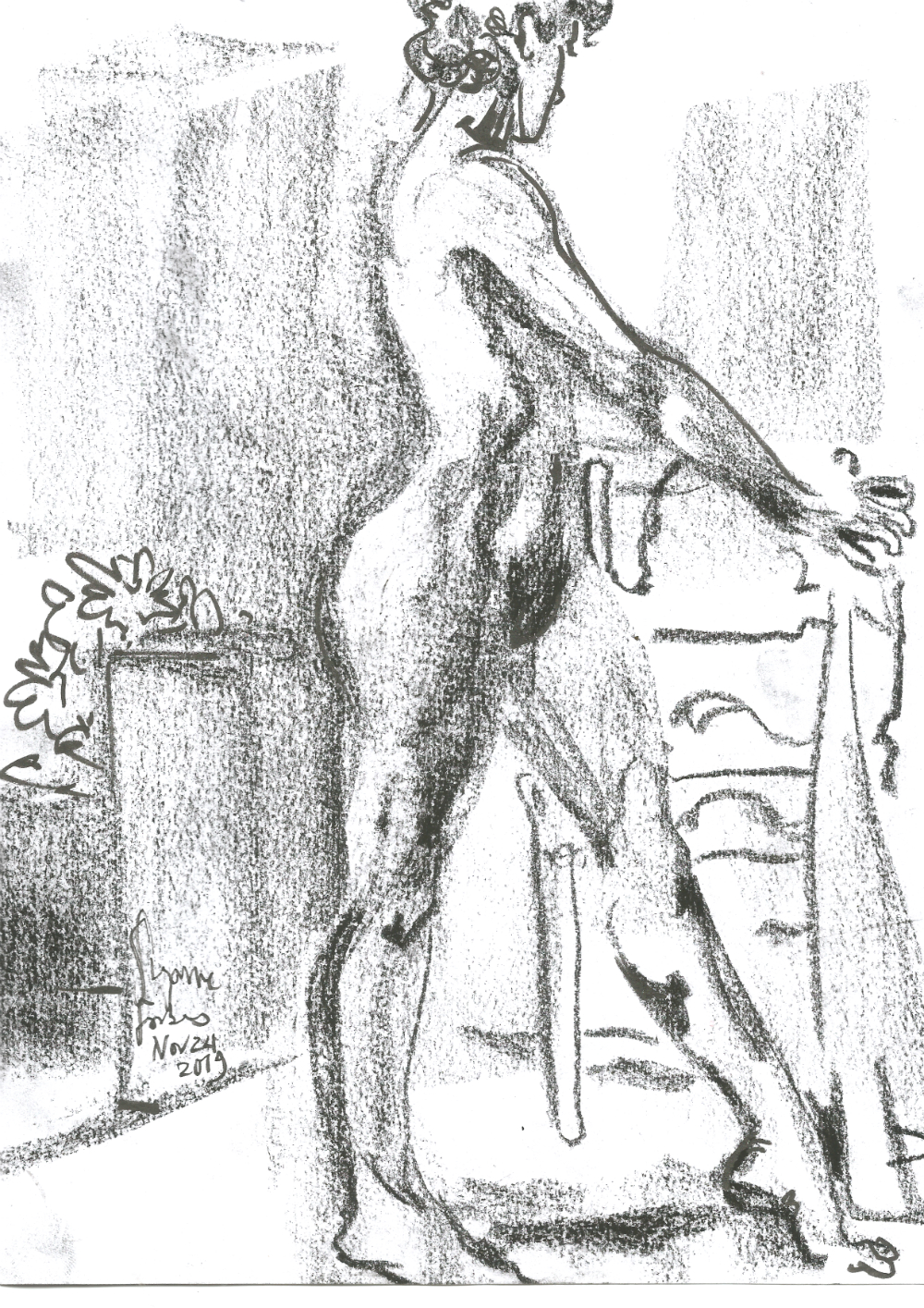 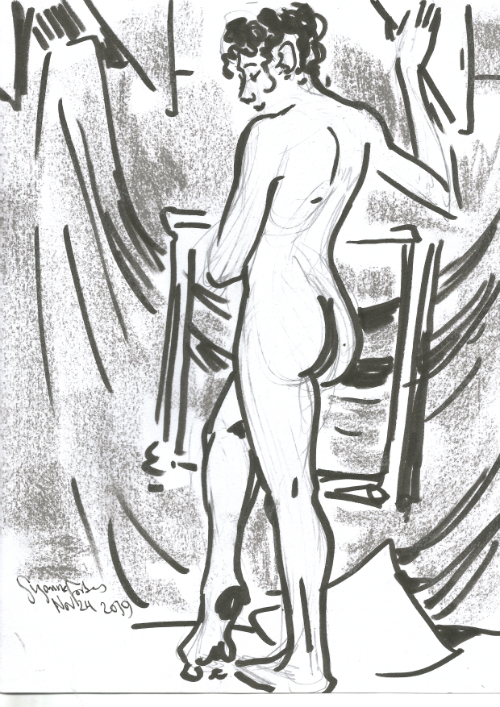 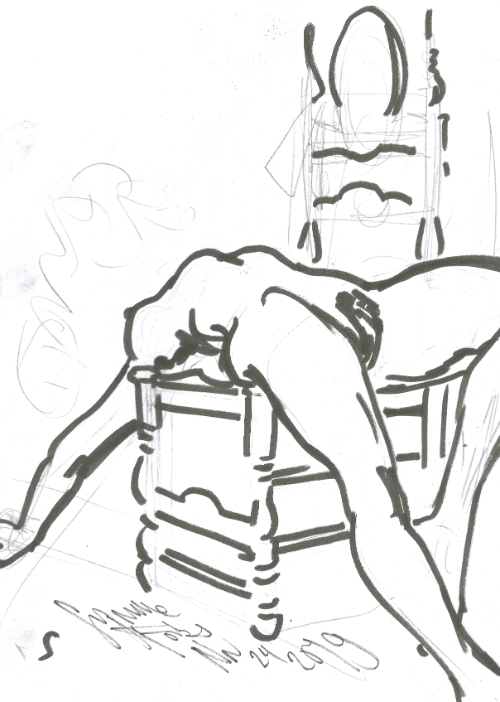 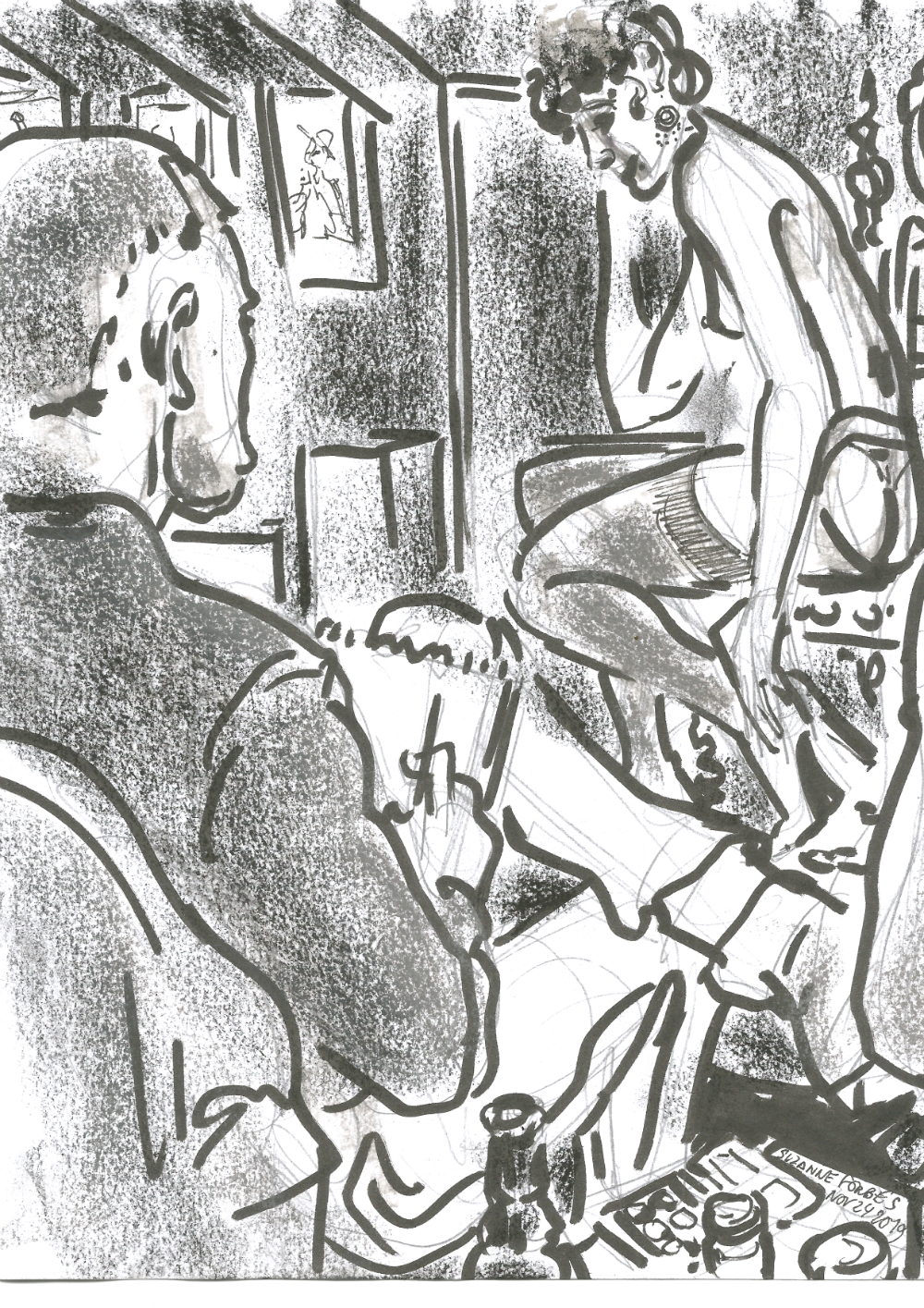 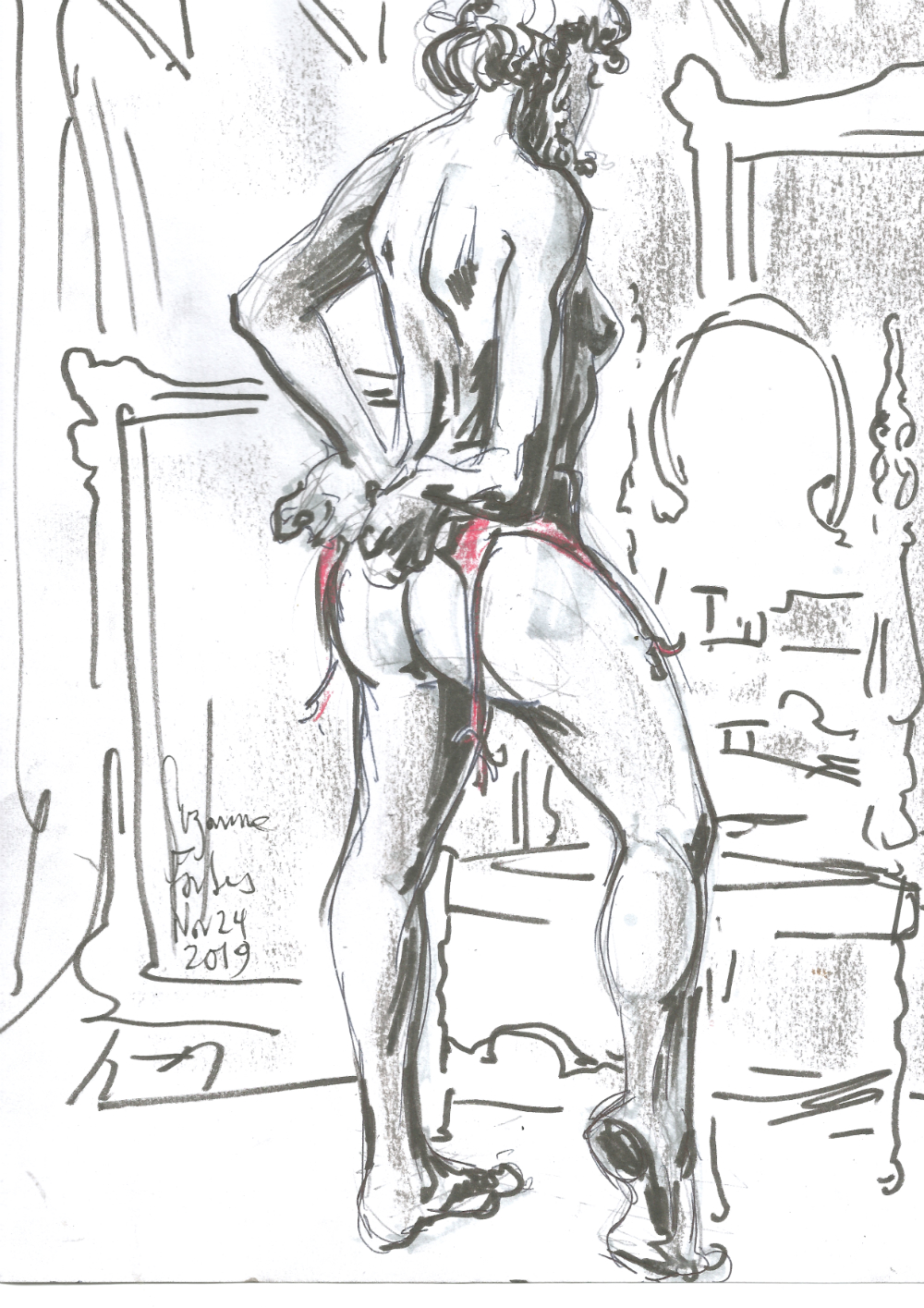 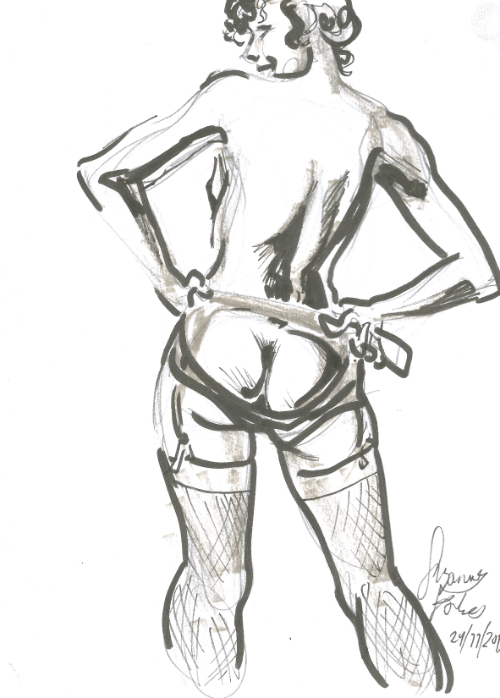 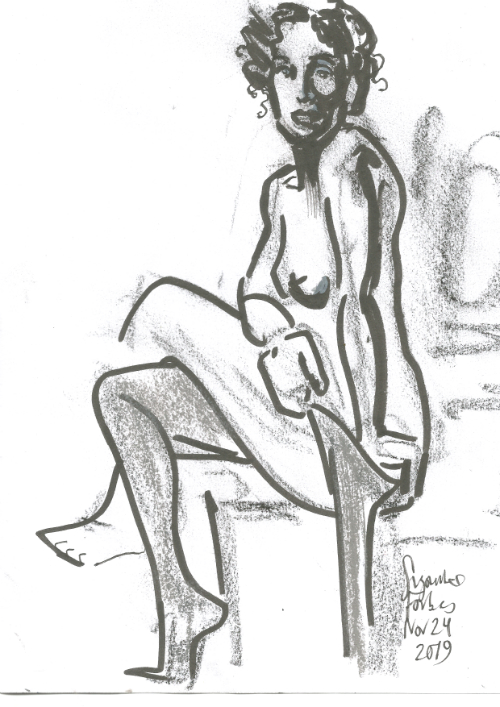 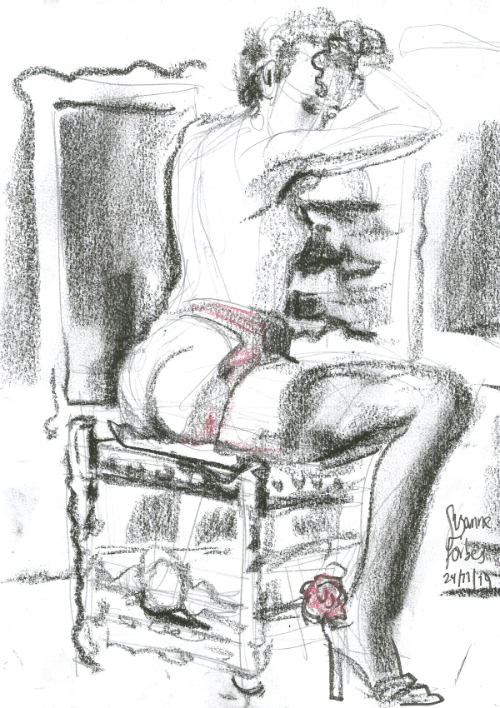 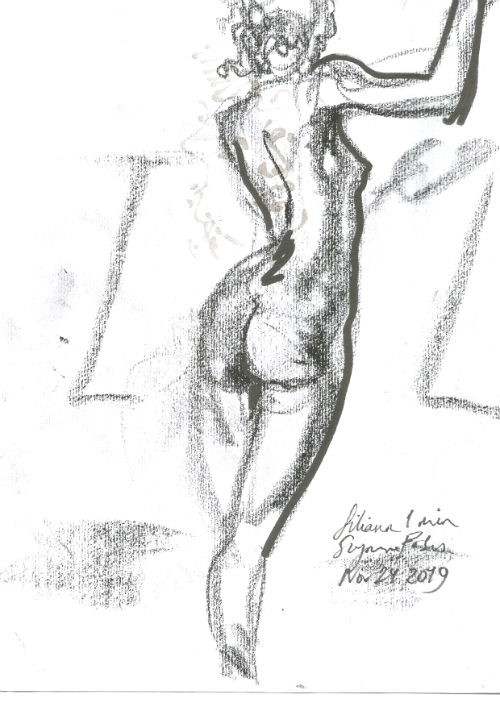 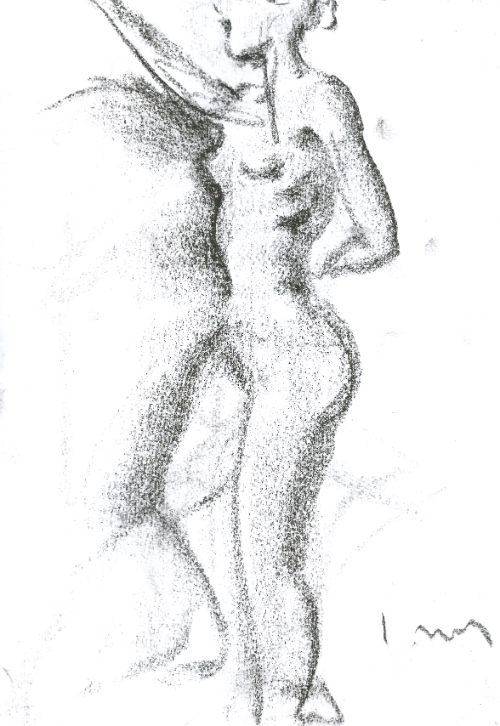 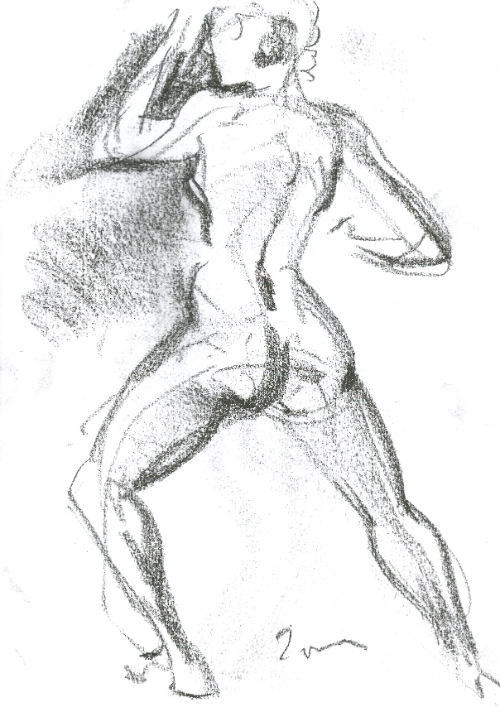 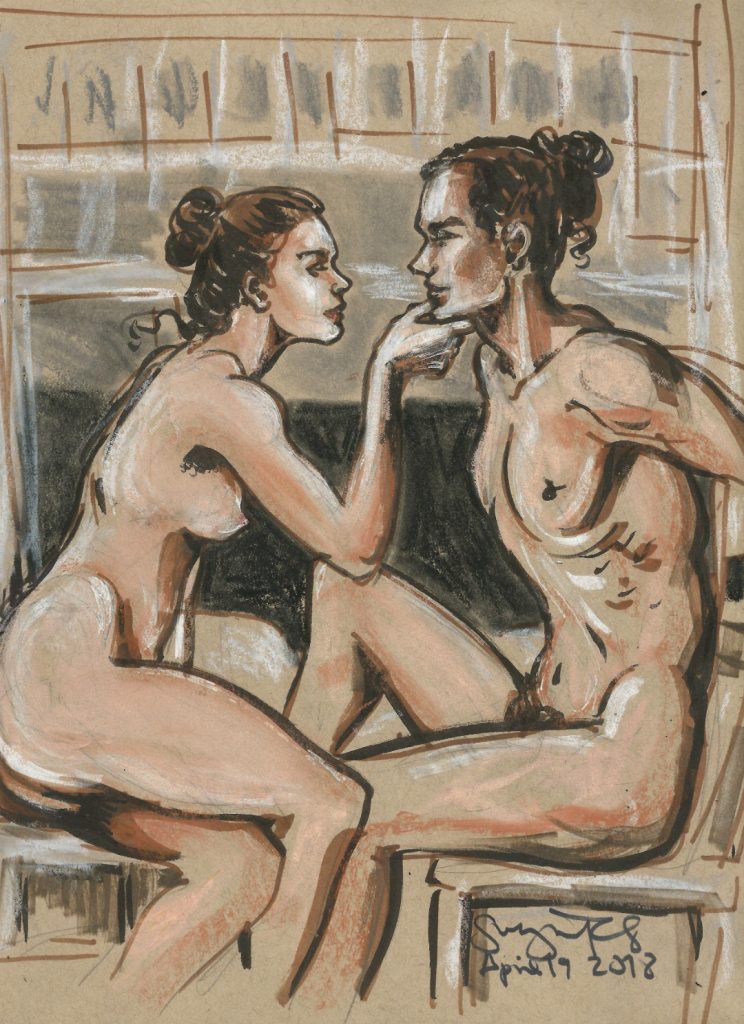 My friend Lydia and her housemate Flavia hosted the most glorious life drawing session.

They are both working professional artists and know a lot of amazing artists. They hired an amazing modelling team. The flat is gorgeous and was full of evening light. 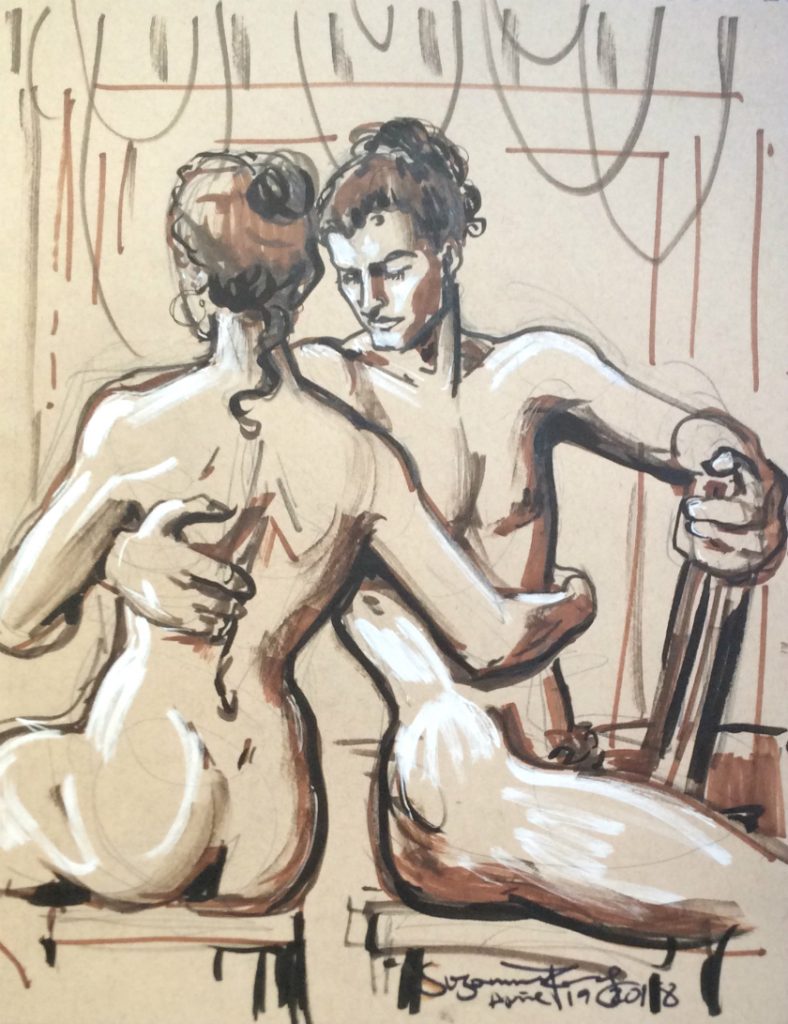 Here in Berlin, where some of us have generous flats, artists can have models pose right in their homes and invite other artists to join in.

(I did it in October!) This was an absolutely fabulous session, and I am so grateful to Lydia and Flavia for organizing it with such terrific models. 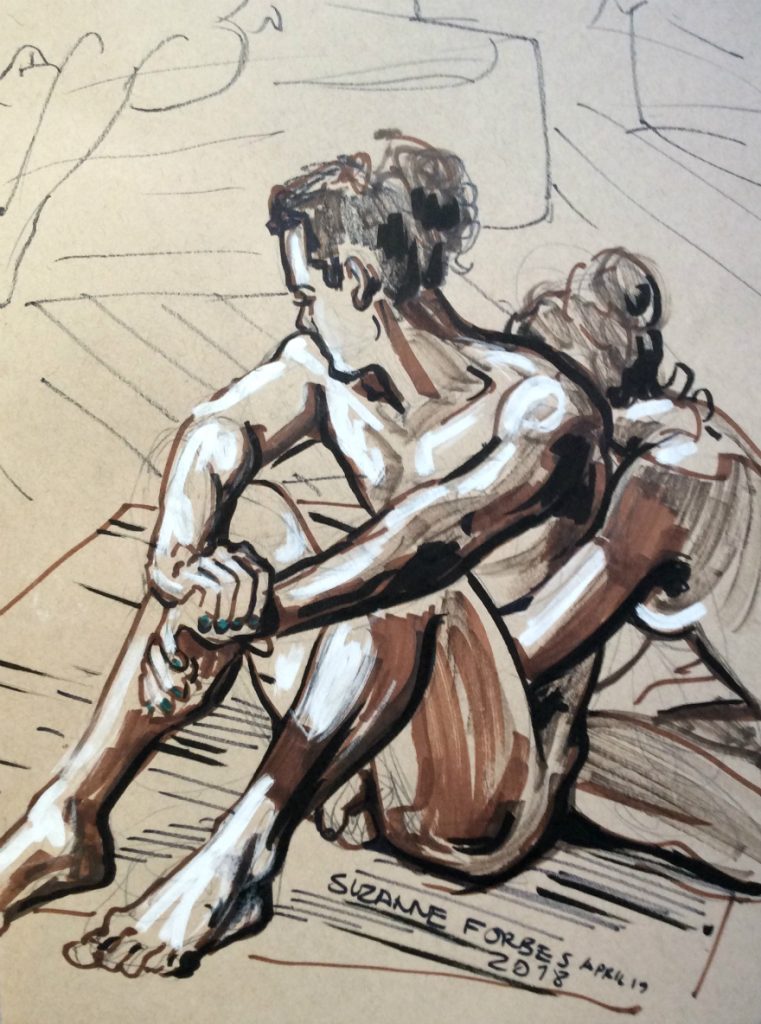 The modelling team, Eli and Louise, are absolutely great.

They are young and strong and beautiful and do wonderful dynamic poses as well as tender, intimate ones. 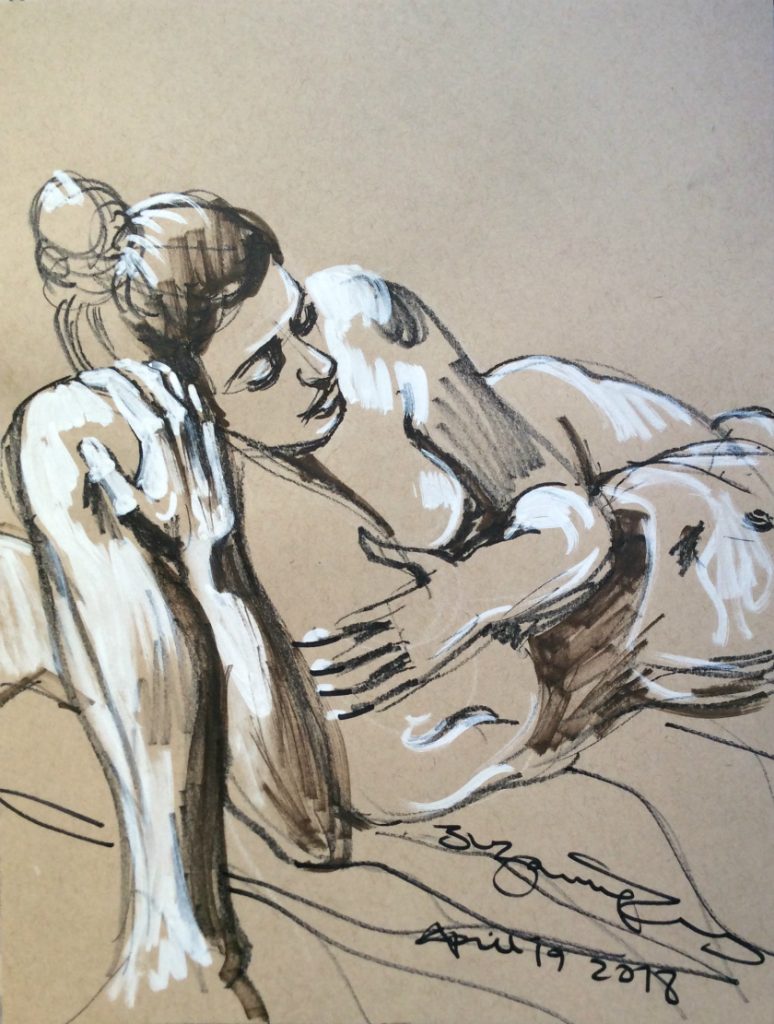 Me and Daria and Marina were all in a row in the back, with the usual giggling and super-fast talking in Russian from those two hooligans. 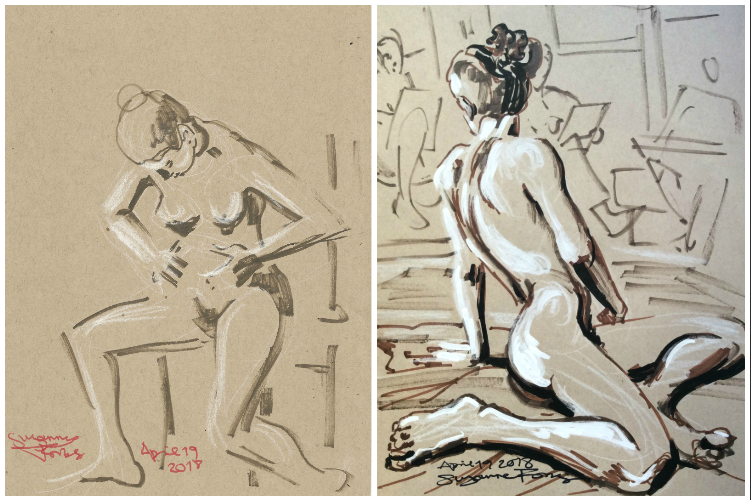 So it was really cool to draw these two professional models, who posed for fast gestures, short poses, and twenty minute sets.

Thanks a million to Lydia, Flavia, Eli and Louise! Visit my flickr for free downloads of these drawings and many, many, many more. Remember you’ll need to be logged in to a flickr account with adult safeties turned off to see some of them 🙂

This post originally appeared on my other blog, chipinhead.com; however as censorship in the US increases I could no longer have nudity on my Patreon-funded blog. That’s right, not even life drawing nudity.

So I moved it here, to my NSFW blog, registered and hosted in Europe and not funded by Patreon. I’m working on the crowdfunding for this site; meanwhile you can hand me a Euro or pass the hat if you see me working around town.